Recognize These Celebrities? That's the Point


In this age of camera cell phones, viral video and paparazzi, it's nearly impossible for a celebrity to go unnoticed. 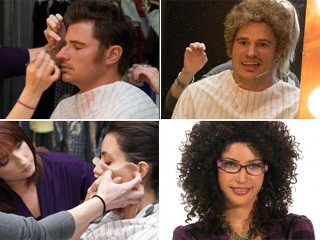 That is until television's "Secret Celebrity." The E! Entertainment special, which aired last week and re-airs tomorrow night on E!, put professional prosthetics on Hollywood socialite Kim Kardashian and pop star Nick Lachey, and fooled even their biggest fans.

"When you have such big celebrities, they are always being pandered to by their fans," Nick James, manager of development for E! studios and one of the show's executive producers, told ABCNews.com. "They wanted chance to see what their fans really think of them."

So Kardashian, with the help of award-winning Hollywood makeup artist Matthew Mungle, put aside her famous good looks and was transformed into homely Cynthia. 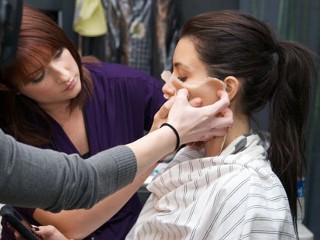 "This was a real process ... I needed to get a molding of my face so I could have a prosthetic nose, cheeks, and neck put on!" Kardashian later wrote on her blog. "I look like a completely different person!" 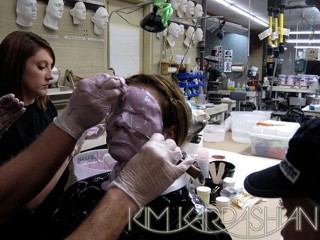 With a prosthetic face, a curly wig, glasses and fake teeth, Kardashian sat next to three of her biggest fans who believed they were waiting to meet the reality star. 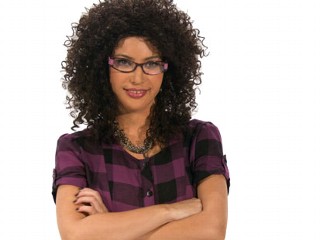 Meanwhile, an actress playing Kardashian's assistant tests the women to see how loyal they are to the star by trying to get them to take items from a girl basket sent to Kardashian. They turn her down, and when a fake tabloid reporter turns up offering them money for dirt on Kardashian, they refuse.

None of the women seemed to guess that Kardashian was sitting right there among them.

"They were completely clueless. When she takes off her teeth and wig, there are looks of shock," Beth Greenwald, vice president of development for E!, told ABCNews.com. "Jaws hit the floor."

If Greenwald and James were concerned before about whether they could pull off the stunt, Kardashian's own sister Kourtney convinced them when she walked into Kardashian's house where they were shooting.

"Kourtney didn't know we were shooting with Kim," Greenwald said. "She looked directly at her sister, who was Cynthia, and nothing. Kim was hysterical. Later when she went to the bathroom, she said, 'I can't believe my own sister didn't recognize me.'"

Lachey, who has an upcoming album, wanted to get some honest feedback, so he turned himself into "Bernie," a Jive Records executive conducting a focus group. 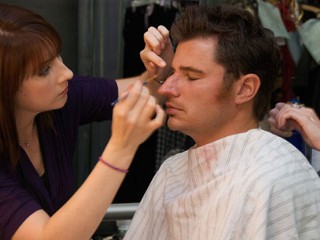 With a prosthetic face, an Afro wig, a fake gut and a high-pitched voice, Lachey went undercover. A couple of the girls were critical, another said she would "jump" Lachey if he were in the room, all 10 were shocked when Bernie put on some music and started dancing and taking off his shirt.

"Once the shirt came off and you could see his tattoo, the women knew it was him," Greenwald said. 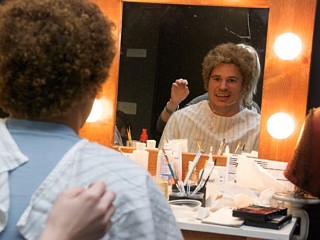 "Both Kim and Nick had such a good time," Greenwald added. "He could flex his muscles by playing this other character. And Kim had fun doing it, she really had a good time."

Several weeks were spent just perfecting the look of the characters. The producers hired Mungle, who has won Oscar and Emmy awards for his makeup, to make-under the two celebrities.

"It was probably the best field trip I've ever taken," Greenwald said. "He does the bodies for 'CSI', and every major movie star has a mold on his wall." 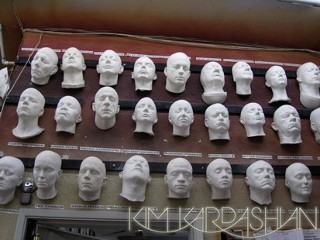 Kardashian was fascinated too and posted pictures from Mungle's shop on her wall. 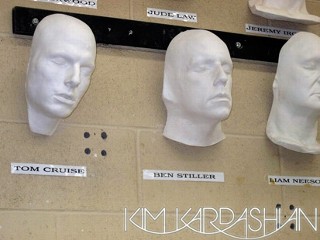 "Check out the place I went to!" she wrote on her blog. "They have made casts of everyone from Tom Cruise to Angelina Jolie for movies! It was so surreal seeing all these famous movie stars' faces on the wall!! Kind of scary, huh?" 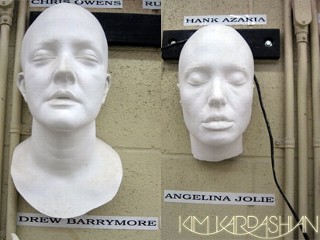 Greenwald said making the mold was the first step in the process. That alone took several hours. Once they had a cast, they could play around with what look they wanted to create. 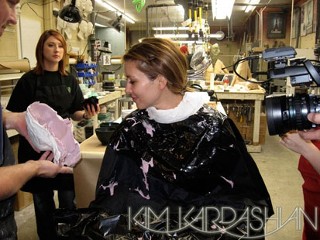 Once the look was set, Mungle's team had to re-create it before the taping. "It's not like a Halloween mask," James said. "They were on set for at least four hours just getting into this look. Kim was on her computer while we making her up."

The end result made all the time spent worth it. And, with all the attention the show's been getting, Greenwald and James think there could be more in the future.

"It's a fun idea, one that I think a lot of celebrities will want to do," Greenwald said. "With this, they have the chance to be invisible."