We’ve seen a bit of a boy band resurgence in recent years — groups like the Backstreet Boys are kicking off new tours and *NSYNC reunited, albeit briefly, at the recent VMAs.

One boy band star, Drew Lachey of 98 Degrees, stopped by The Couch to talk about the group’s reunion — and one of his non-musical endeavors.
September 17 is National Buckle Up For Life Day – a moment in time to make car passenger safety a top priority and remind parents that car crashes are the No. 1 killer of children in the U.S. between the ages 1 -12.
To help educate parents on car seat safety, 98 Degrees singer and father of two Drew Lachey is partnering with Buckle Up for Life (BUFL), a national injury prevention initiative developed by Cincinnati Children’s Hospital Medical Center and Toyota.
BUFL is one of several projects that Drew is currently taking part in. Along with fatherhood, he just wrapped up a summer tour with 98 Degrees — a reunion of sorts as the group hit the road with Boyz II  Men and New Kids On The Block.
“It was fantastic,” Lachey said of the tour. “It was just a lot of fun to be out there and the fans were amazing, selling out arenas.”
Of course, the members have aged a little bit — but the fans were “strikingly similar.”
“It’s a little different now than it was 15 years ago when we did it last. Everybody was able to bring their families out on the road – we had our car seats out on the road,” he joked.
For more information on Buckle Up For Life, visit buckleupforlife.com 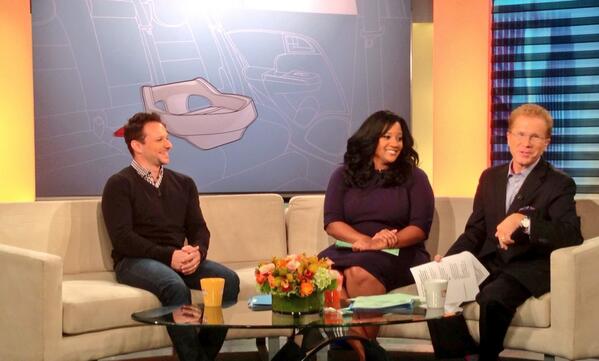