Vanessa Lachey hilariously cuddles up with Lance Bass in bed on his 41st birthday... while telling husband Nick to 'get the lights'


Nick Lachey has been married to his wife Vanessa for close to eight years and together they share three children.
But it appears as though Vanessa Lachey has a new man in her life.
The 39-year-old beauty took to social media on Monday to cuddle up to pal Lance Bass in bed in a hilarious photo in honor of his 41st birthday. 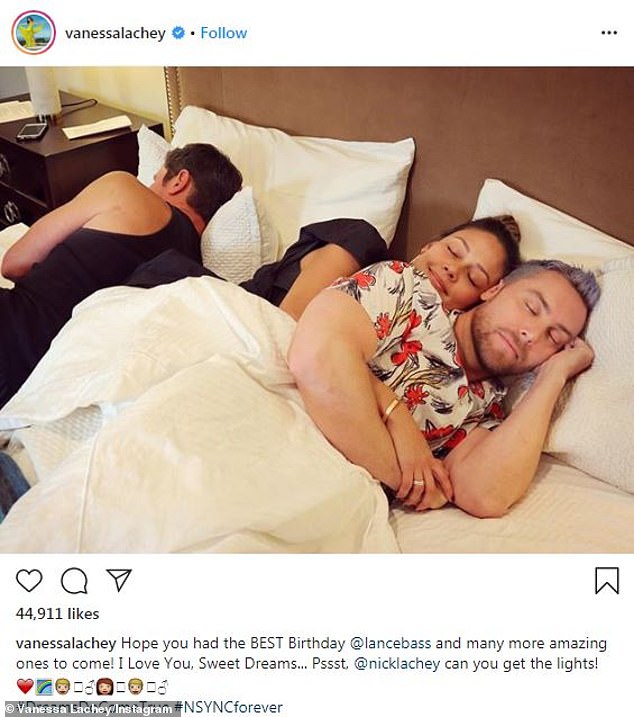 'Hope you had the BEST Birthday @lancebass and many more amazing ones to come! I Love You, Sweet Dreams...,' she captioned.


'Pssst, @nicklachey can you get the lights! ❤️ #DreamsDoComeTrue #NSYNCforever.'
Vanessa's post comes after Lance shared a similar photo with his close pal Nick, last year.

Nick Lachey Shows His Buff Arms While Out in L.A.

Follow the Link above to more pics of Nick 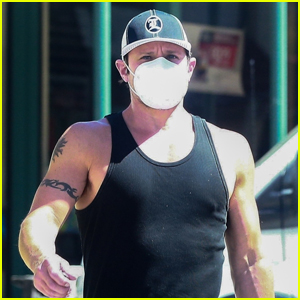 Nick Lachey is showing off his muscles!


The 46-year-old singer and Love is Blind host stepped out to run a few errands on Thursday afternoon (May 28) in Los Angeles.

Nick showed off his buff muscles in a black tank shirt paired with basketball shorts and a white face mask for his afternoon outing. 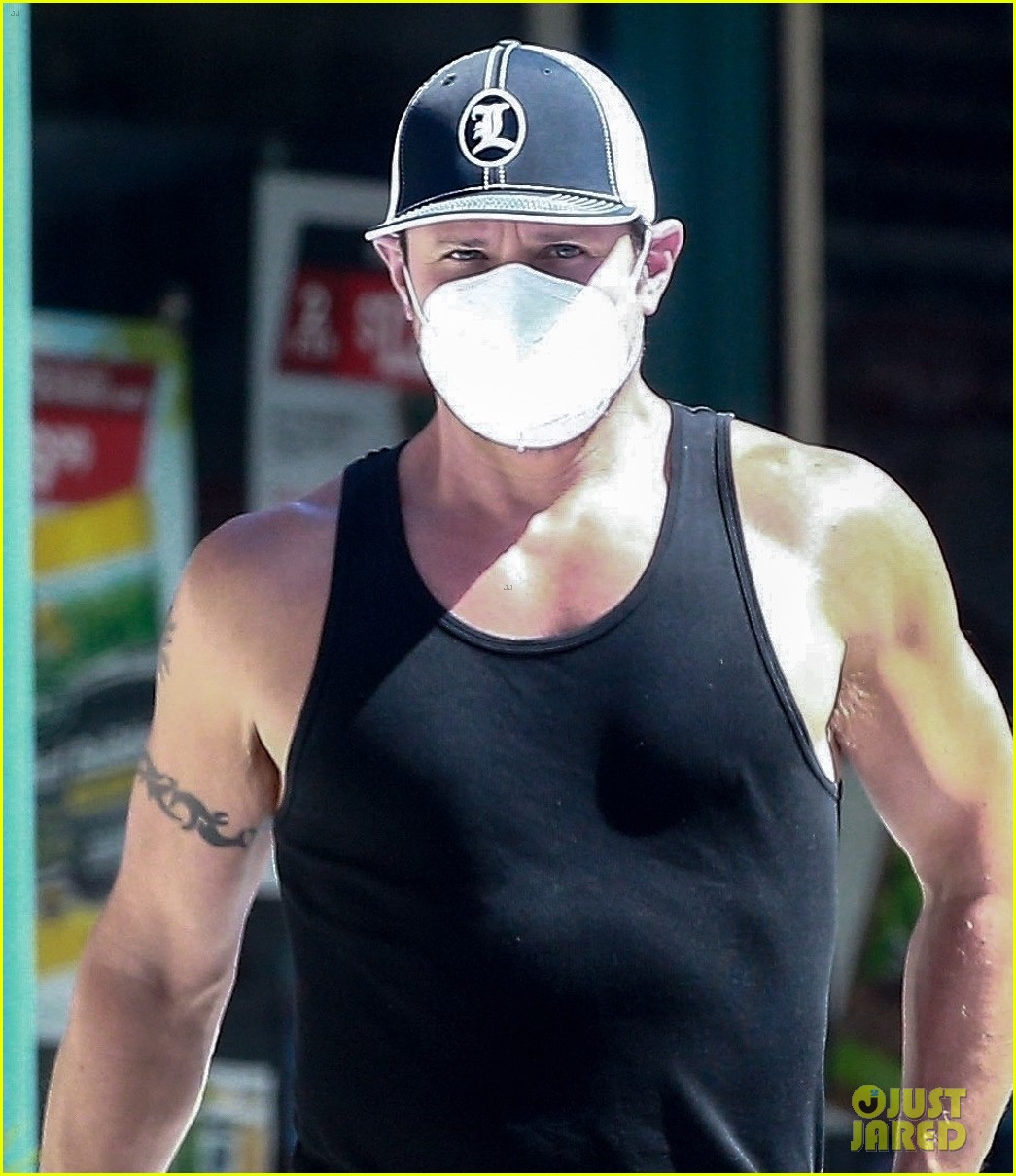 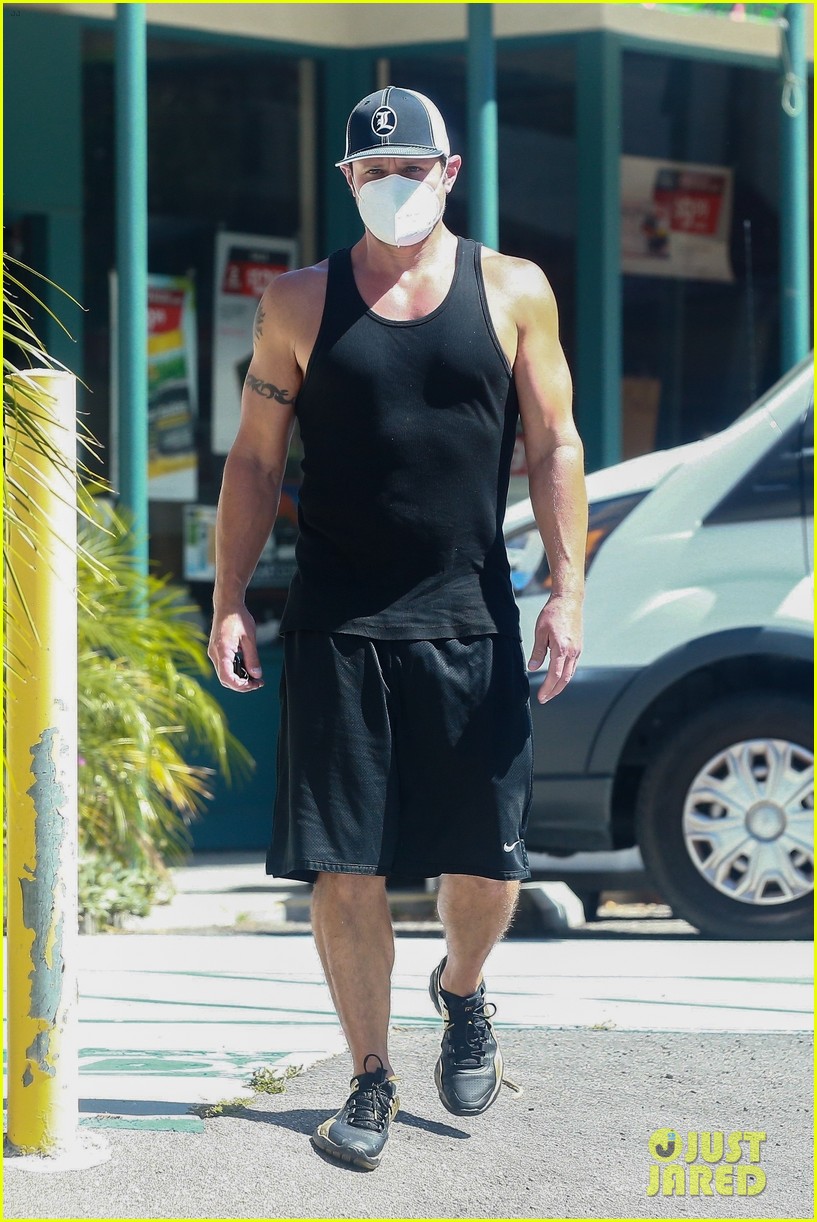 
Nick and Vanessa Lachey have quite the unorthodox method for decision-making in their marriage.


Speaking to PEOPLE Now on Tuesday, the couple and hosts of Netflix’s innovative new dating series Love Is Blind said that communication has been key for their marriage of 11 years.


After the pair performed two quick games of rock paper scissor, which was won by the former 98 Degrees singer, Vanessa said that they typically use that to make decisions about their three children: sons Phoenix Robert, 3, and Camden John, 7, and daughter Brooklyn Elisabeth, 5.


The mother of three reiterated the importance of communication in their marriage. “I know that sounds cliche, but he isn’t a mind reader. I’m crazy, I go from hot to cold, happy to sad.”


“He’s literally like, ‘I wanna be there for you, but I don’t know how,’ ” she said. “And I’m like, ‘Let me tell you what’s going on right now. I have this going on with this, I feel this from the kids, and I want this from you.’ And he’s like ‘Okay, let’s work on this’. Otherwise, how is he supposed to know that? And vice-versa.”


The couple also revealed that a recent trip to Hawaii with their children did not go as smoothly as they hoped.


“While it was great, I think that they’re too young,” Vanessa shared. “I don’t want to do that for another five to 10 years. We have a 7-, 5- and 3-year-old, and they want to do three different things with three different levels of swimming. There’s only two parents. It was the first time I felt the stress of having three children. Normally we can manage, and I was like this is … ”


“One’s on the speed slide, one just wants to wait around,” Nick explained.


“We’re on vacation, so we’re like, we want to have a poolside cocktail and enjoy ourselves,” Vanessa said. “No, and on top of that everyone has a camera phone and I’m like, ’Keep it together.’ ”


“It’s not hard because we are very grateful for our industry and what we do and I don’t want to sound ungrateful for that,” she said. “But yes, when you throw in the element of kids and they look absolutely obnoxious.”


“We were in the airport and I just started crying,” Vanessa added. “I faced the wall and tears started coming down. I turned around and I’m like ‘We’re ready! Let’s go through TSA.’ “ 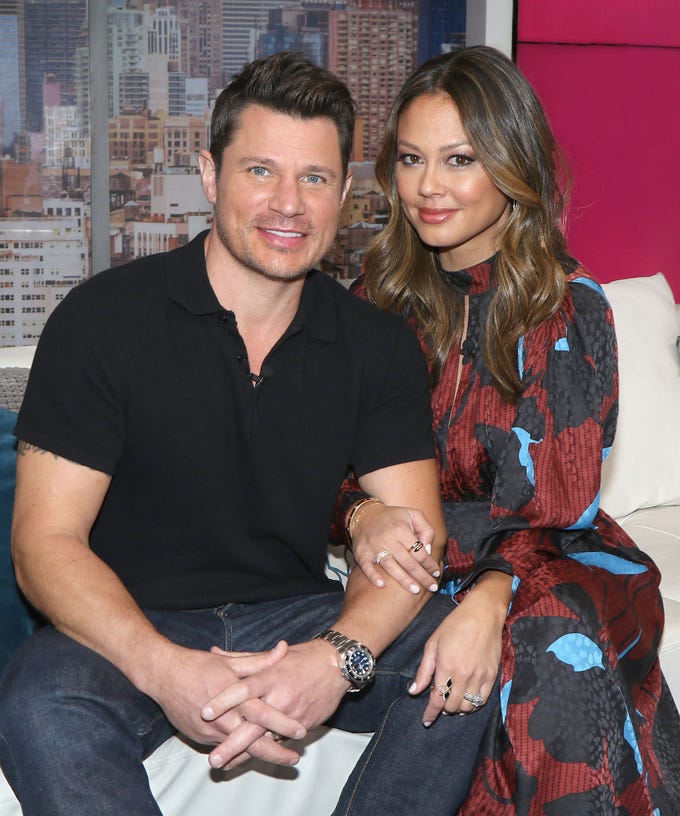