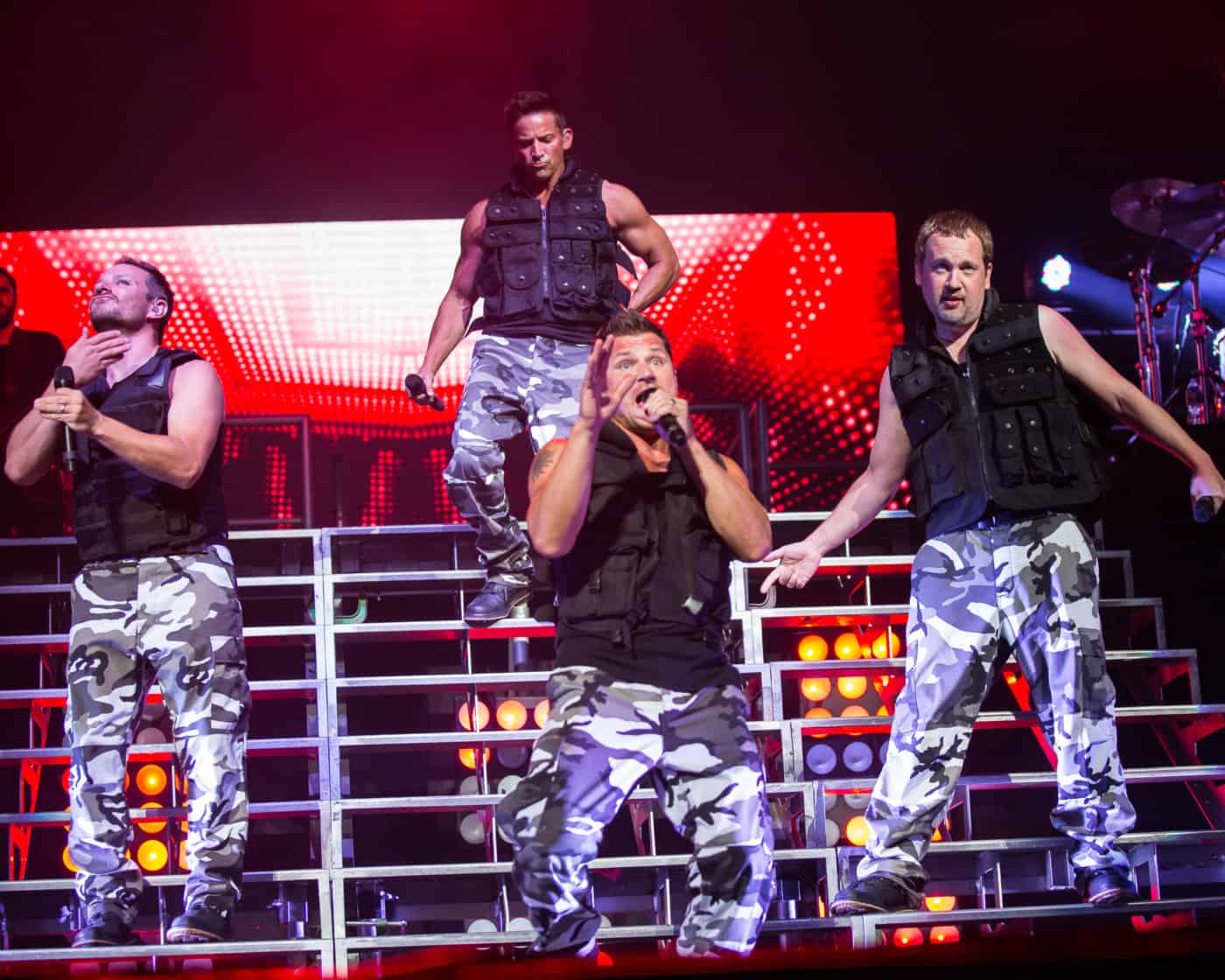 MY2K: The name of the 98 Degrees summer tour says it all.
Even Drew Lachey describes the tour, stopping at PNC Pavilion Aug. 2, as a throwback to that “Y2K” era, circa 1999-2001.
That was a time when the hometown band, whose members also include Nick Lachey, Jeff Timmons and Justin Jeffre, was at the height of its popularity. A time when the band's fans were young, making memories listening to the radio.
But there’s more to it than that.
“It was a time in the world and society when things were a little simpler,” Drew said. “After 9/11, things changed in the world.”
He isn’t the only one feeling the '90s-era nostalgia. Take a look at pop culture: Seems like everything that was "cool" then is cool now.
Everyone who is outside, on their smartphone, seems to be on the hunt for a Pokemon. A new “Harry Potter” book was just unleashed on the world (and was Barnes & Noble’s most pre-ordered book since the series’ 2007 installment). "X-Files" was back on TV this year. Doc Martens and crop tops have popped up everywhere from fashion week runways to music festivals.
To spell it out even plainer, there’s even an “I Love The '90s Tour,” which will bring the likes of Vanilla Ice, Salt N Pepa, Kid N Play and Coolio to U.S. Bank Arena in November.
On top of all of that, a Clinton is running for president.
Drew is a fan of the era's sound. Actually, kind of all the of the music of that era. "I have bipolar music taste," he said. You'll see evidence of that during the Riverbend show, through collaborations with the band's tourmates and '90s covers.
Growing up in Cincinnati, Drew turned up the radio for his now former tour mates, Boyz II Men. Rap icons Ice Cube and NWA, too. But also classic jazz crooner Harry Connick Jr.
He channeled that love into his training at Cincinnati's prestigious School for Creative and Performing Arts. He graduated in 1994, two years after his older brother, Nick, and three years after 98 Degrees bandmate, Justin Jeffre.
Along with Ohio native Jeff Timmons, the trio formed 98 Degrees in 1996. Unlike their boy-band contemporaries Backstreet Boys or NSYNC, they weren't assembled by a label or producer. But within the year, they had both: Motown Records signed them.
Motown originated the soul-pop sound that influenced the 98 Degrees members. And it represented the type of band that they wanted to be: Not a manufactured, sugary-sweet pop confection, but a real R&B group. Heartfelt, not empty calories. With the singing chops and musicianship to prove it.
Enquirer reviewers from the late '90s and early 2000s said the group felt "genuine." The critics could hear that SCPA education in vocal and performing strengths. They could hear Cincinnati's doo-wop/oldies group, the Avenues, in Nick's and Jeffre's harmonies.
That's not to say they didn't look like a boy band. Muscle-bound T-shirts and spiked hair. Tribal tattoos. Coordinating denim and smoldering stares on album covers. Just watch the music video for the act's debut single, "Invisible Man," to get the idea
That first single was also the band's first hit. It peaked at No. 12 on the Billboard Hot 100 in 1997. For the next six years, the hits kept coming – and getting bigger.
The duet with legend Stevie Wonder, "True to Your Heart," for Disney's "Mulan." A tour around the globe. The platinum single "Because of You." Soon after, the No. 1 smash with Mariah Carey and Joe, "Thank God I Found You," hit the airwaves. That single also earned a Grammy nomination.
By the time 98 Degrees took a break in 2003, the pop group had sold more than 10 million albums.
Thirteen years later, the band is better, Drew said. "We are more comfortable as performers," he noted. "... We've gotten better. Our voices have grown."
Now in their late 30s and early 40s, the four members "have a better perspective on life and the business," he said.
"Three of us are married and have kids," he said. "When you are in your early 20s going through this roller coaster ride, you don't really know how to process it."
You can see some of the changes on this tour. For one thing, some of the clothes 98 Degrees wore in the 1990s "need to stay buried," Drew said.

But through all the changes, there has been one constant for Drew: Cincinnati. He and his wife, Lea, still live here. (Though his recent home sale made headlines, he assured that they aren't going anywhere. "We just changed houses," he said.)
Their Lachey Arts Camp returns in August. (This year, Drew will pop in as his touring schedule permits.) He has also gotten roles in Cincinnati's burgeoning film industry, doing choreography for "Carol," "Miles Ahead" and Mariah Carey's "A Christmas Melody."
And he's still involved in Lachey's, the Over-the-Rhine bar that he and Nick launched in true Lachey fashion, via reality show.
"I'm in there a couple of times a week doing my version of quality control, which usually means eating a burger and drinking a beer," he said.
Drew is Cincinnati through and through. He grew up here, but the band didn't. 98 Degrees didn't play the club circuit or make the radio rounds. The closest fans have to before-they-were-stars moments is if they just happened to catch one of them performing at Kings Island.
"It took us longer to break into Cincinnati than we did in a lot of other cities," Drew said.
When 98 Degrees did play here, the band went straight to Riverbend.
First in 1999, then again in 2001. Two days before 9/11.